Probability on Trees and Networks 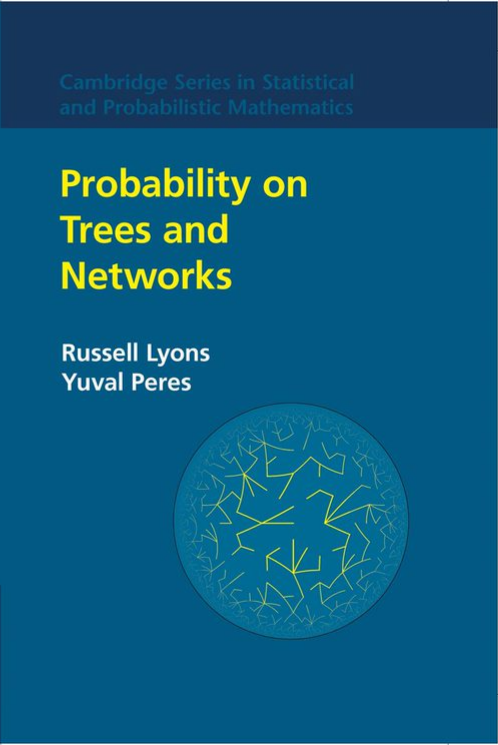 By Russell Lyons and Yuval Peres

The interplay between the geometry of graphs, and the behavior of random processes on these graphs, is the main theme of this book. Topics developed in depth include the connections of random walks to electrical networks, uniform spanning trees and their limits, percolation on trees and transitive graphs, speed and entropy for random walks on groups, the geometry of Galton Watson trees and associated fractals.  Isoperimetric properties of graphs are related to eigenvalues via Cheeger’s inequality, and to decay rates of transition probabilities via evolving sets.

Expositions of several results of the authors are included as well: The fact that critical percolation on nonamenable Cayley graphs has no infinite clusters (originally proved with Benjamini and Schramm) and the Kaimanovich-Vershik conjecture on the Poisson boundaries of lamplighter groups. Laurent Miclo wrote in MathRreviews that “This long-awaited book… is bound to be the main reference in the fascinating field of probability on trees and weighted graphs.”